THE CLAGGETT CENTER
The location for our 2019 conference is a modern meeting/retreat facility with a range of accommodations as well as a gracious dining area and meeting rooms all conveniently clustered together. Situated in a beautiful rural area just south of the quaint historic city of Frederick, Maryland--and less than an hour from Washington, DC--the Claggett Center offers hotel-style double and single rooms--with queen beds and private baths--in their recently constructed Christiane Inn, while the Doll Cottage features even more economical rooms with twin beds and several individual-use bathrooms all on one floor and a large common area on the lower level.

​These accommodations are attractively priced to encourage attendees to stay right on-site, enhancing your conference experience with greater opportunities to network and meet others...or just take advantage of the many relaxing lounges and sitting areas with sweeping views of the picturesque countryside.

​For more on the advantages of staying on-site at the Claggett Center, click ​​here.
CHRISTIANE INN - HOTEL-STYLE ROOM - DETAILS & rates

​(1 page pdf)
​Getting to the conference​
The Claggett Center is easily accessible via major highways and the area's 3 airports:
Reagan National (DCA) in DC
Baltimore-Washington (BWI) outside Baltimore
​Dulles (IAD) in northern Virginia. 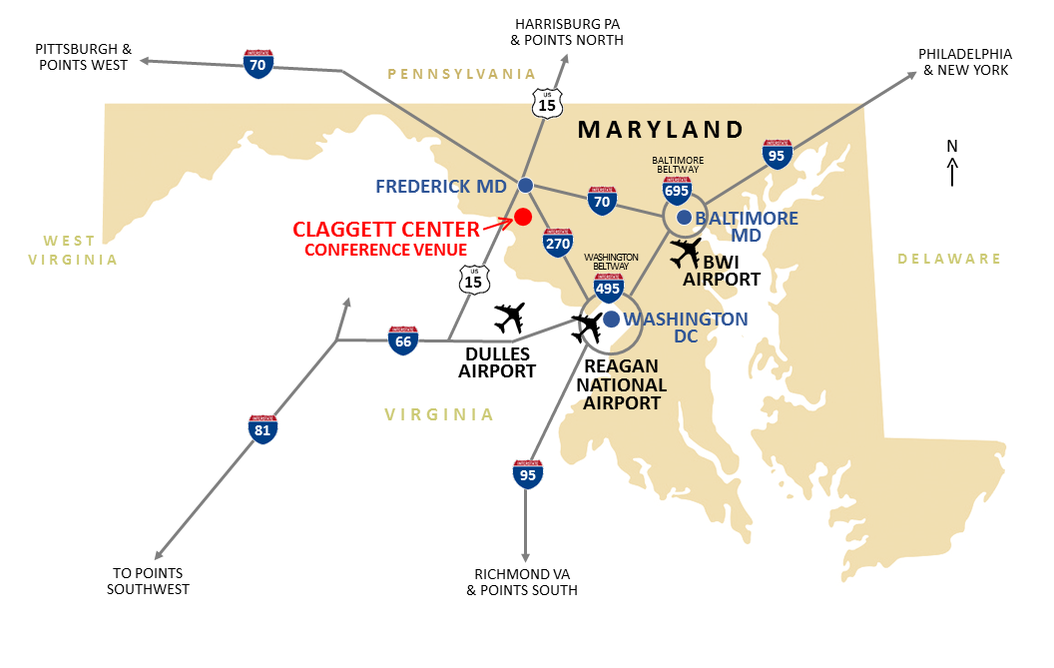 ​
​Nearby Frederick, MD, has been named by Country Living magazine as one of "40 American Towns You've Never Heard of But Must Visit ASAP"​--click here to learn why...and read about previous CSAA conference host locales also so-named!
RETURN